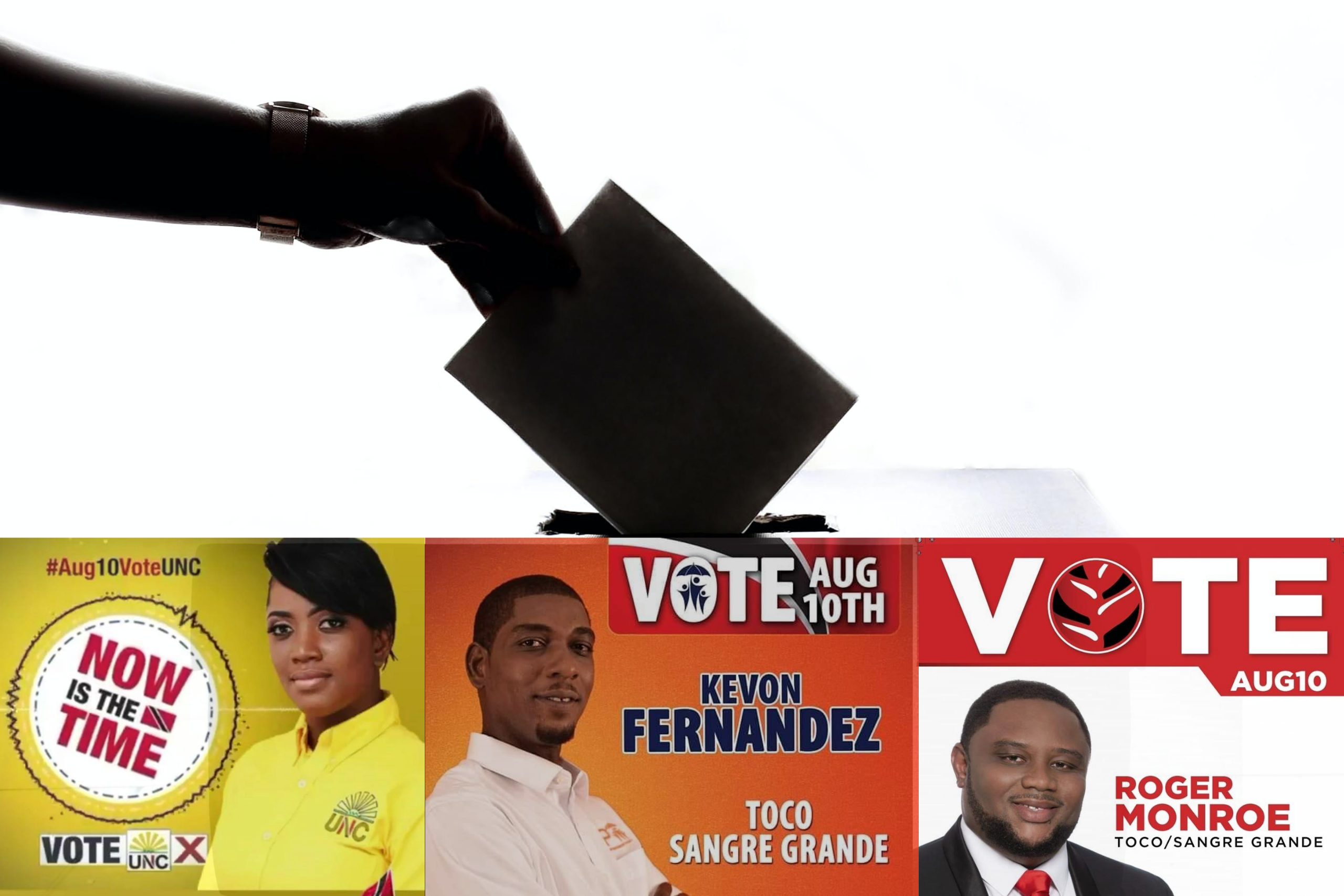 In a few days, Trinidad and Tobago will decide on the political representatives who will lead their constituencies for the next five years. There are three candidates contesting the Toco/Sangre Grande seat, currently occupied by the People’s National Movement’s Glenda Jennings-Smith. While the constituency is considered a PNM stronghold, a recent poll by the North American Caribbean Teachers Association(NACTA) found political parties are facing disgruntlement and internal rebellion among voters in their rejection of likable incumbents and / or in the selection of challengers in some marginals and safe seats.

The PNM has put forward a new candidate for the area, Roger Monroe, while the United National Congress (UNC) has chosen Nabila Greene as their contender for the seat. Going against them is the Progressive Empowerment Party’s (PEP) candidate Kevon Fernandez. But who are they? What are their key issues? What can they provide for their Toco/Sangre Grande constituents? Get to know these candidates ahead of General Elections on August 10 in this brief guide:

The Sangre Grande born businessman still lives in the house where he grew up in Guaico and owns an electronic security systems business, which he started at the age of 25, in the area. He is also a lecturer at Advance Solutions Technical Institute.

Agriculture is one area the PEP plans to develop by assisting residents to obtain land and farming equipment and to facilitate agriculture best practices classes. They also propose a robust fishery and aquaculture sector, a processing plant for produce, and fish and a predial larceny squad stationed in the area.

Fernandez plans on eradicating crime with job creation and upgrading the constituency’s health care system and plans to have health centres open 24/7, with their own ambulances. He also said foreign investments would benefit the region, as all contractors working on future projects in the area would belong to the constituency. Eco-Tourism would be developed in the area and a Tour Guide Association would be established, creating more jobs for constituents.

Learning resource centres would also be established in the area offering certified programmes so that constituents would not have to travel to urban areas for educational purposes. Senior citizens would also benefit from resource centres of their own and training facilities for the constituency’s athletes would also be established. Not to be left behind, Radio Toco would receive assistance by being provided with a wider transmitting signal. Fernandez also intends to propose laws to address littering, land degradation, and polluting of waterways.