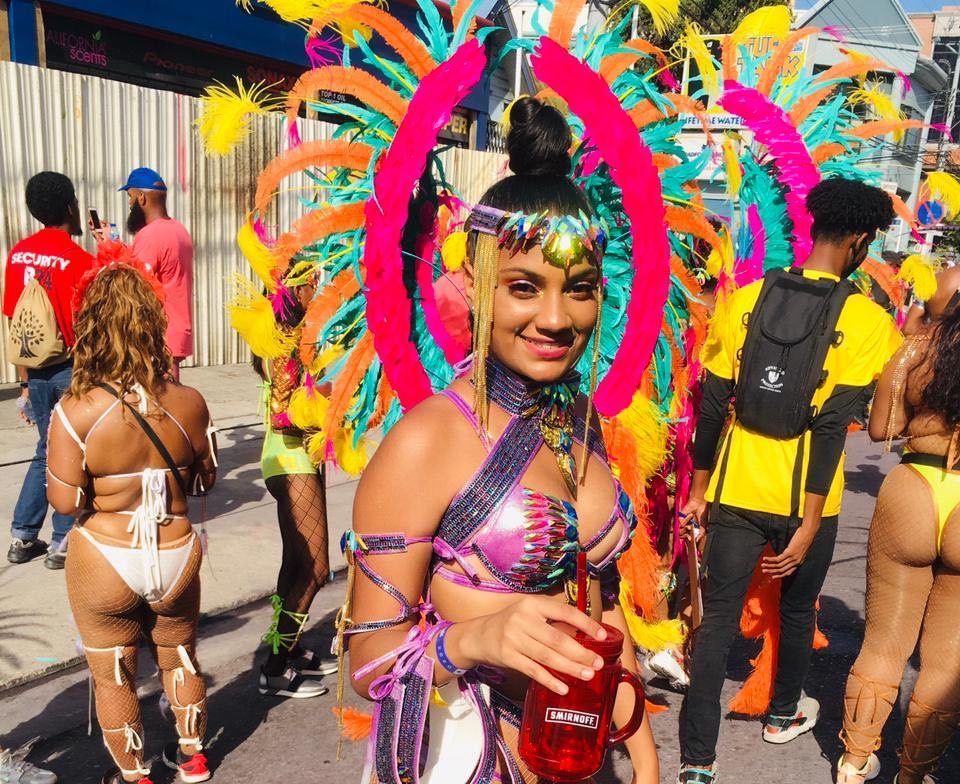 Machel Montano said “Mix tradition — which is the past, with the future, which is technology — and bring it into the present moment.”

Seemingly, the country and by extension maybe even the world, is at a standstill waiting for the slightest bit of progression to be made as it relates to Trinidad and Tobago Carnival 2021. As a result of the current  COVID-19 pandemic, the annual celebrations in the mecca of Carnival, originally carded for February 15th and 16th of 2021 have been cancelled.

What may have seemed like a major hiccup, ultimately failed to dampen the spirits of local performers as they chose to showcase true Carnival spirit by taking their talents to virtual platforms. Local soca artiste and reigning International Soca Monarch King from 2016 to 2018, Aaron “Voice” St. Louis, began hosting a weekly ‘Vibes With Voicey’ segment via Instagram live since October 2020. Already on its second season, the segment features local artistes such as Nadia Batson and Lyrikal performing their most recent songs for Carnival 2021. In December 2020, another prominent entertainer KES The Band held a virtual concert titled ‘We Home: Under One Roof,’ which was streamed through Facebook, Instagram, and Youtube Live, where they performed songs for a studio album.

These artistes didn’t wait for permission to pivot and adjust to the current situation at hand. They were able to capture a small piece of the Carnival and reach their fans, perhaps even capturing new fans as well by using technology that has been serving as our primary means of socialising for the past few months. Thanks to these virtual platforms, fans of the Carnival culture have been able to satiate themselves, even if only slightly. But what about the other cultural celebrations that usually come together to make our Carnival the spectacular event it’s known as? Can there be decent virtual substitutions to showcase traditional mas as well as pretty mas?

The Downtown Owners and Merchants Association (DOMA) have proposed to both the Guardian Newspaper and its affiliate station, CNC3 News, ways in which they believe that Carnival 2021 can go forward. On both occasions, the organization mentioned that Trinidad and Tobago should take every opportunity to capitalize on the event that usually draws heavy foreign interest — while following COVID-19 protocols, of course — as a means of ‘proving this country’s Carnival worth and creative genius around the world.’ DOMA’s President, Gary Aboud, believes that it is very possible to still showcase spectator-less Mas, a moving-pan competition, and an open-air Calypso tent. The organization also proposed the introduction of a unique version of Carnival and a mini-T&T Carnival presentation, ‘Carnival Covid Mask.’ Under the circumstances that wearing a mask is now required by law following COVID-19 protocol, a ‘Carnival Mask Competition’ would not only protect the spectators and masqueraders of the competition but would also exhibit the creative genius of our citizens. Unfortunately, DOMA’s attempts to contact the chairman of The National Carnival Commission proved unsuccessful according to the Guardian newspaper.

Recently it was announced that there will be some changes to the International Soca Monarch (ISM), a significant annual Carnival event. According to an article in the Newsday newspaper, the annual Carnival competition, now rebranded to The Monarch will be held online. Although the ISM competition usually awards a winner, this year no performer will emerge to hold the much sort after ISM title. Similarly, the Chutney Soca Monarch will follow in the same direction as The Monarch by taking a virtual approach to the contest.

With bigger events seeming to now move into the virtual direction, it now feels like a wasted opportunity that Carnival bands did not have band launches leading up to this extremely tailored Carnival season. With last September’s announcement of the Carnival season being cancelled due to the pandemic, there was no opportunity for band launches to take place in person. But, bandleaders could have considered virtual band launches and give their masqueraders a new and safe experience. In a spectator-less concert style, the band launches could have been streamed online with models showcasing the Carnival costumes. Such events would have promoted local job creation for costume designers, seamstresses, and sponsors.

If mas bands did not wish to reinvent the costume design wheel then they could have used designs already in their inventory. The costumes modelled via the online band launch could have been sold on the mas bands’ website. Without the opportunity to model the costumes ‘on the road’ Carnival Monday and Tuesday, prospective buyers would simply have the opportunity to purchase costume pieces to keep as memorabilia of what Carnival 2021 could have been.

Essentially, the King of Soca, Machel Montano, seemed to be ahead of his time stating we should mix the past, which is traditional Carnival with the future which is technology, by using virtual platforms as an opportunity to keep the spirit of Carnival alive in the present. But why was there no concerted effort to make this happen?