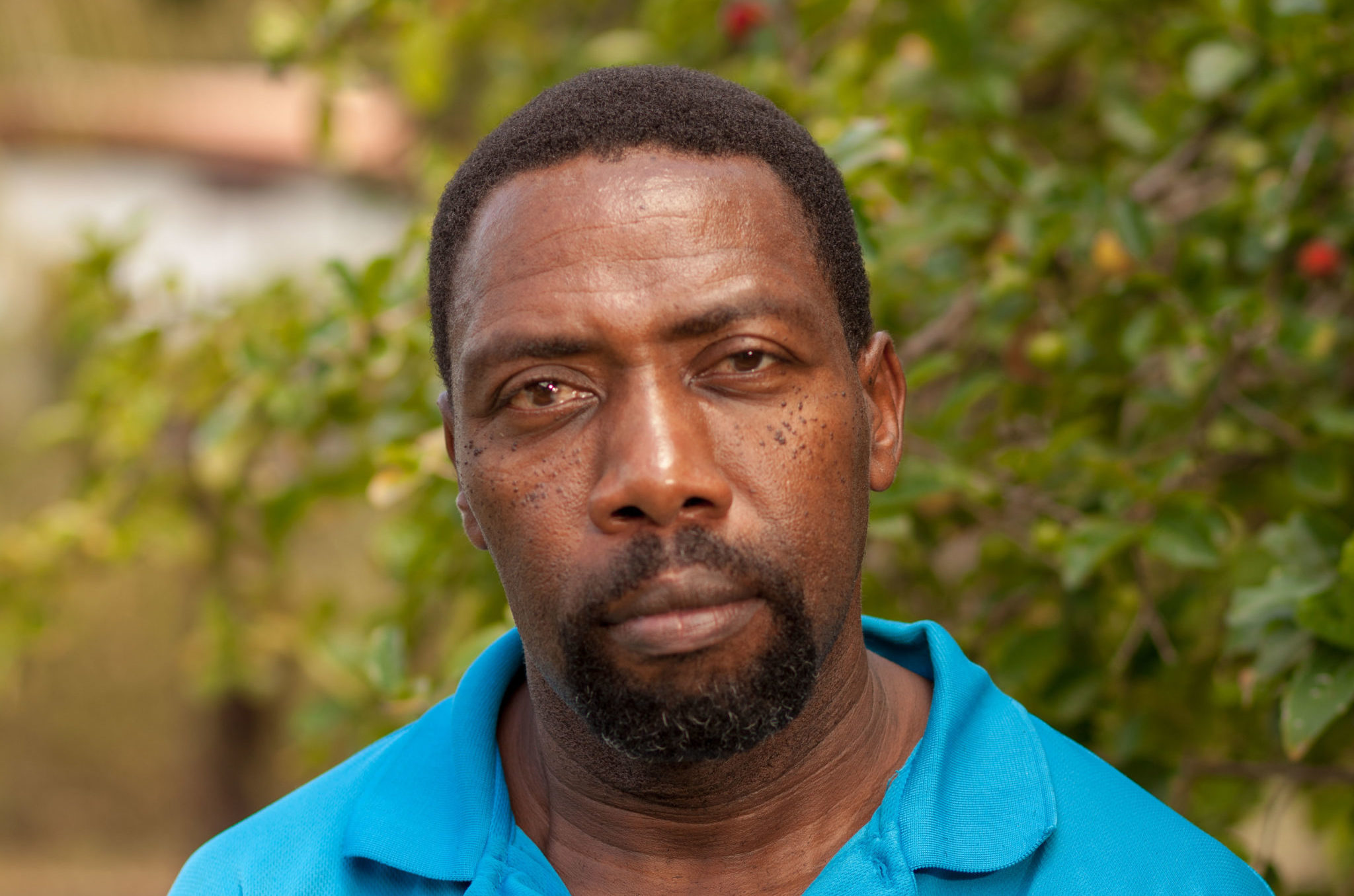 LEN PETERS: On Family. On Volunteerism. On Turtle Conservation.

Len Peters turned 50 this year and he has big plans. After this interview, he’s hustling off to his five-acres of land where he grows fruits such as bananas, mangoes, various citrus, and more in his garden. This is a peaceful pastime he enjoys. But this year, after turning 50, he has bigger plans to spend time with his loved ones.

“All I am seeing on the horizon is my family,” he says. “When I look right I’m seeing my wife, when I look left I’m seeing my daughter who will be turning 17 soon so she may not be around the family. So I’m seeing an opportunity to spend time with my wife.” After almost 30 years working tirelessly as a turtle conservationist, Mr Peters is ready to slow down. He’s a man who has received numerous accolades and recognition for his work and has quietly built a reputation as the man who “saves the turtles” in Grande Riviere, Trinidad.

Most recently he was the first Commonwealth Points of Light Award recipient in 2018, a special award from Queen Elizabeth II that recognises inspiring volunteers from the 52 countries of the Commonwealth. When the Forestry Division went to Grande Riviere in 1991, trying to get their community involved in managing the nesting site in their area, Mr Peters and a small group of people from the community responded to their call, forming an organization known as G.R.E.A.T (Grande Riviere Environmental Awareness Trust), the first turtle conservation group in Grande Riviere. Fast forward a few decades later, G.R.E.A.T made way for Grande Riviere Nature Tour Guide Association, where Mr Peters is the chairman and oversees both the touring and the conservation aspects of this group. His initial passion that got him started, however, has not waned. He says becoming a turtle conservationist was like “paying my dues.”

“I grew up with my grandparents and I could vividly remember turtle meat in the fridge. I could vividly remember the smell and the taste of turtle meat,” he says. “So for me, it was really a sense of self-penance.” His early involvement in turtle conservation educated him on the endangered status of the leatherback turtle. He also learned that his village was a special place because it is one of the few sites globally, where these turtles still nest and it has the highest nesting density for leatherbacks in the world. The consumption of these turtles for food was a norm with the people of Grande Riviere, but when Mr Peters convinced them that their community would benefit more from the creatures being alive than dead, his group was able to steadily maintain a safe space for more than 20,000 turtles to nest annually.

A full-time employee at the Water and Sewage Authority, Mr Peters works a full shift as an Intake Caretaker before attending to his other duties as Chairman of Grande Riviere Nature Tour Guide Association, Chairman of Grand Riviere Tourism Development Organization, and Chairman of Turtle Village Trust, an organization which oversees all turtle conservation groups in Trinidad. This is the first time a community person has held the position of chairman of the Turtle Trust. Mr Peters has a full plate. “So I have to do my day job and then find the time to manage all these things for no remuneration,” he says. “And sometimes it’s really frustrating because people assume that there are financial benefits for all of that and that’s just not the case. You really do it for the passion and I have a really supportive family and I think that’s the critical thing.”

As a volunteer in these groups, Mr Peters understands that there needs to not only be passion and commitment for the cause, but “there must be resources to execute the tasks” he says. This is something he learned working with a UN volunteer from the United Nations Development Program (UNDP) a few years ago. He strives to ensure the volunteers in his program find value in what they’re doing and are provided with the right resources so they will continue to return to the program. He recommends volunteerism at any level, but only if there are sufficient resources to assist the volunteers with their duties.

His wife, Charmain Peters, has been actively involved in his life of volunteerism and the conservation program for many years and can be seen as a pillar in this journey. “She keeps me sane,’ he says about his wife. “Charmain is the reason why I’m still doing this after all these years. When I get home and I feel frustrated, she reminds me that ‘when you were going to these meetings you left me and your daughter here alone to bring this thing together so don’t give up now.'” As he plans to incrementally slow down his involvement in conservation, Mr Peters still has big dreams for his group in Grande Riviere. If they could get funding, he says, he would like them to have a full-time administrative team to manage the sea turtles exclusively. He also would like to see a young person from their community go to university, study marine biology and return to lead their program as their staff biologist so they would not have to heavily depend on external resources and staff to lead their research.

“That’s my desire. That we don’t have to be struggling,” he says with a sigh. “That I could rock back in my rocking chair and know that the research is being led by people born and bred in the Toco area and can create a career path working in these conservation programs.”